I am proud to announce my one woman show will be premiering at this year's Hollywood Fringe Festival: The Terrible Legend of Victoria Woodhull tells the tale of Victoria C. Woodhull, Wall Street's first female stockbroker, the first woman to address Congress and the first woman to run for President of the United States in 1872, over 40 years before women won the right to vote. A leader in the spiritualist movement, with no formal education, she spent the first half of her lif 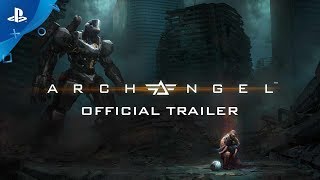 Archangel VR has been released on Playstation! Check out the official trailer below. Ashley Ford is featured as a motion capture performance character in multiple roles, including The Prisoner, a zealous soldier working for the tyrannical HUMNX, in this action packed Mech-Warrior shooter game, directed by video game veteran Tom Keegan (known for The Battlefield series). Archangel is one of two inaugural video games released by Skydance Interactive this year, a division of Sky

Cabaret at Playhouse on Park

Ashley joins the cast of the National Tour of Broadway's Tony award winning play, Alfred Hitchcock's The 39 Steps in the triple threat role of Annabella Schmidt/Pamela/Margaret as the female lead understudy! Follow me as I tour across America on Tripline! #ashleyford #actress #nationaltour #the39steps #alfredhitchcock #news #update #actorslife #understudy #annabellaschmidt